The Collinsport Star is the weekly newspaper published in Collinsport, Maine (7, 21, 1123). The town had, at one point, another newspaper called the Collinsport Courier (180) which presumably was published alongside it or temporarily replaced it.

By the time of Bloodlust it was edited by Kate Ripperton. 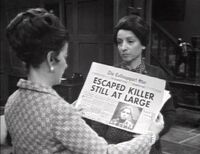 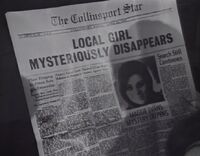 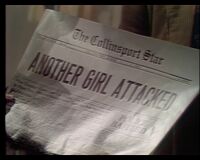 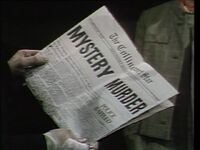 675
Add a photo to this gallery 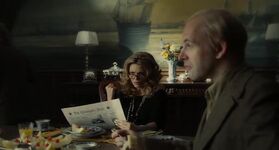 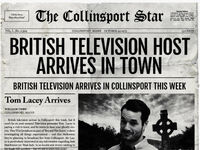 Beyond the Grave
Add a photo to this gallery
Retrieved from "https://darkshadows.fandom.com/wiki/The_Collinsport_Star?oldid=137650"
Community content is available under CC-BY-SA unless otherwise noted.