Collinwood's east wing was closed off several years before 1840 (1186). One parlor room served as an entrance to Parallel Time, a time band running concurrent with the mainstream universe (969). In this alternate reality, the east wing was still in use by the Collins family, and the parlor was a part of Angelique's suite (970).

Megan Todd hid her coffin in the east wing once she became a vampire in the mainstream 1970 (970). 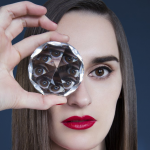