In a dream, Beth warns Amy that Quentin is trying to kill Chris.

A strange, distorted night in the great house at Collinwood, a night in which one woman wakes and sees a mysterious, weeping figure in her room, a figure that disappears without a word, leaving fear in its place.

In a dream Beth warns Amy that Quentin is trying to kill Chris. Barnabas and Julia suspect that Chris tried to kill himself, however he convinces them otherwise. After talking with David, Amy decides to tell Elizabeth about Quentin and “the game.”

Julia: (smiling and amused) So we're at the mercy of a ghost.

David (responding to Barnabas's invitation to have breakfast with him): Oh, it won't be much fun. Mrs. Johnson's always so grumpy in the morning.
Barnabas: Oh we can ignore HER.
David: It's very hard.
Barnabas: I'm sure you and Amy manage.

Dark Shadows - Episode 678 on the IMDb 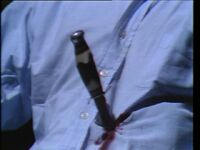 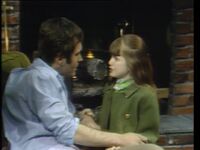 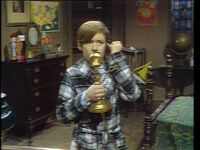