Victoria asks Professor Stokes for help, he tells her the only way to be with Jeff is if she dies which prompts her to the edge of Widows' Hill.

The great house at Collinwood is calm now, but it is a false calm, for in the neighboring village, a murder has been committed. The torn body lies in the Blue Whale tavern, awaiting discovery. A vicious crime, committed by one who is not a man when the moon is full.

Amy awakens in a nightmare, convinced that something has happened to her brother. Victoria tries to comfort her but is unable to. Elizabeth finally decides to call Chris to reassure Amy. Although she is unable to reach him, she lies and tells Amy that Chris is fine and doesn't want her to worry. Victoria feels Jeff's presence again.

Professor Stokes arrives but is unable to provide much comfort to Victoria. He tells her the only way she can join Peter Bradford is to die. Victoria leaves and walks to Widow's Hill alone. Amy hears voices in the night and opens the window and asks who it is. It is the Widows calling from Widows' Hill. She closes the window and calls Quentin. Victoria leaves and goes outside. Amy comes down and says she hears the widows cry. Elizabeth tells Stokes when you can hear the widows on a stormy night someone will die. They find Victoria on Widows' Hill.

Elizabeth: (to Amy) You have everyone here.

Professor Stokes: I am not a wizard. I don't transport people through time.

Professor Stokes: The only way for you to join him is to die.

Professor Stokes: Must is a word I do not recognize. I can or I cannot. I wish to or I don't wish to.
Vicky: Oh, don't hide behind words, Professor.

Dark Shadows - Episode 641 on the IMDb 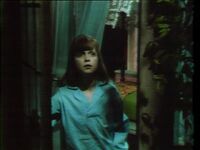 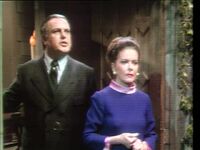 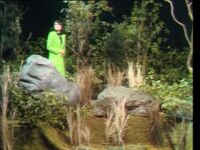 Victoria at Widows' Hill
Add a photo to this gallery
Retrieved from "https://darkshadows.fandom.com/wiki/641?oldid=138569"
Community content is available under CC-BY-SA unless otherwise noted.