Barnabas' age is reversed after biting Carolyn, whom he now enlists to help him discredit David and win Victoria.

Carolyn Stoddard, having broken into the Old House to investigate whether David Collins' claims about Barnabas Collins are true, finds Barnabas' coffin, but she is caught in the act by Dr. Julia Hoffman and the aged vampire. Carolyn is horrified to learn the decrepit old man before her is Barnabas. He grabs her and, claiming her as his victim, sinks his fangs into her neck.

Some time later, Carolyn is sleeping on the bed in Josette's room while Julia ties a scarf around the girl's neck to hide Barnabas' bite mark. Carolyn slowly wakes and is in a trance-like state. Unafraid, she is aware of her surroundings and of what has happened to her. Julia worries the aging process has gone too far and that drinking Carolyn's blood may not have had any effect on Barnabas at all. Carolyn becomes desperate to see Barnabas, and Julia bristles at the vampiric bond already established between the two. They hear Barnabas ascending the staircase, and, when he steps into the room, he reveals that he has been rejuvenated.

At Collinwood, Roger Collins pours himself a brandy when Elizabeth Collins Stoddard enters the drawing room in search of Carolyn. Roger chalks his niece's absence up to a late date, but Elizabeth points out Carolyn has not been on any dates lately. Elizabeth worries something has happened to her daughter. She informs Roger of their earlier talk and that, not only has Carolyn seen Sarah Collins, but Carolyn is also beginning to believe David's stories.

Barnabas notices how stunned Julia appears, and Carolyn learns the older woman is not a historian after all: Julia is, in fact, a blood specialist and psychologist. Barnabas orders Julia to leave him alone with Carolyn, and she reluctantly agrees. Carolyn, now completely under Barnabas' power, has two tasks to complete for him: first, she must convince everyone that David's stories are nothing more than a figment of his imagination; and secondly, Carolyn will help him win Victoria Winters. If Carolyn succeeds, Barnabas promises to reward her with the gift of eternal life.

Her strength returned, Carolyn departs for Collinwood. Julia plans to resume the treatments on Barnabas, but he is unwilling to resume the experiment after its disastrous side effect. Julia protests, and she tries to convince the vampire to proceed. Barnabas, however, will not hear of it. He dismisses Julia, telling her he has no further need of her. Instead, he will concentrate his time and energy on Victoria. But Julia will not be brushed aside. She points out that Barnabas is still vulnerable during the day and will need her to protect him. Barnabas accepts her offer, at least until he finds a permanent servant.

At 2:30 AM Carolyn arrives back at Collinwood. Roger and Elizabeth question her long absence, and Carolyn claims to have been out on a walk since 8:00 PM. She tells them she spent her time mulling over David's current situation. Elizabeth notices that her daughter's hands are ice cold. Carolyn goes upstairs to take a hot bath. After she's gone, Elizabeth tells her brother she is sure something has happened to Carolyn. But Roger chalks it up to Carolyn's concern for David. Early the next morning, at 5:45, Carolyn goes downstairs and stands before the portrait of Barnabas. She touches the fang marks on her neck, and smiles...

Dark Shadows - Episode 351 on the IMDb 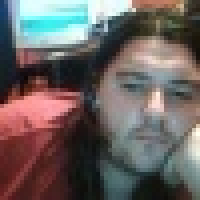