Julia hesitates as Barnabas orders her to kill Dr. Woodard.

Some merciful cloud has covered the stars over Collinwood, concealing the land below, creating the needed darkness for the deed about to be done in the town nearby. Like the layers of overhanging cloud, new crimes must be committed to conceal the old. And the distance into dark becomes at last so great that a journey back to light is no longer possible.

A showdown is taking place in the office of Dr. Dave Woodard. Dr. Julia Hoffman has confronted her colleague over the theft of her notebook, which details the truth about Barnabas Collins. Woodard watches, astounded, as a bat appears outside the window... and then Barnabas materializes inside the room.

Julia begs the vampire to give her another chance to change Woodard's mind about reporting his findings to the police. But Woodard refuses to be persuaded. He is shocked to learn Barnabas plans to leave his death in Julia's hands.

Woodard prefers death to being changed into something as loathsome, evil, and inhuman as Barnabas is. His only regret will be not living to see the undead figure before him destroyed. Barnabas grabs hold of Woodard, and Julia tries one last time to convince her friend to help with the experiment. However, her pleading is in vain. Barnabas orders her to proceed.

Julia hesitates as she reaches for the prepared hypodermic she brought with her in her purse. She cannot bring herself to kill Woodard. Barnabas takes the hypodermic from her, but when he starts to inject Woodard, the other man cries out Sarah Collins' name. This distracts Barnabas long enough for Woodard to try to escape. But the enraged vampire catches him, demands assurance that Sarah had not appeared, and injects him with the hypodermic in the scapula area of the back left shoulder through a coat and suit and shirt. Woodard drops dead in an instant. Julia breaks down in tears.

Barnabas has moved Woodard's body into a seated position behind the desk. Julia, beyond distraught, is anxious to leave. But Barnabas wants her assurance that it will appear as if Woodard died of a heart attack. It will indeed, she tells him. Barnabas instructs her to retrieve the hypodermic and the notebook, which Julia, in her distress, has forgotten about. They are startled as the telephone begins to ring. Sheriff George Patterson is attempting to return Woodard's earlier call.

As Barnabas and Julia make haste to leave, Julia hears Woodard's voice and proclaims her former friend is not dead. But Barnabas, who has heard nothing, urges the emotionally shattered woman to leave.

Some time later, at the Blue Whale, Sam Evans is enjoying a drink at the bar when Sheriff Patterson comes in searching for Dr. Woodard. Sam learns that Woodard was urgently searching for the Sheriff, but never contacted him again. He relates Woodard's excitement when he saw him two hours ago, as if the doctor was on the verge of discovering something important.

A woman's scream outside the Blue Whale draws everyone outside. But the woman had only been startled by a bat. Sam and Patterson decide to go to Woodard's office, and as the two men start to leave they see a bat outside the window. Rattled, the pair hurry on their way.

At Woodard's office, Sam breaks down the locked door and he and the Sheriff find their friend's dead body inside. Both Sam and Patterson believe Woodard has been murdered. The Sheriff calls the coroner.

At the Old House, Julia stares at the hypodermic before throwing it into the fireplace. When Barnabas enters the room, she cannot bear to look at him and begs to be left alone. He assures her the burden of their shared guilt in Woodard's murder will lessen in time. Julia, overcome with grief and guilt, moves to toss her notebook into the fire. Barnabas stops her. He reminds her that retrieving the notebook cost Woodard his life. Julia decides to leave Collinsport, and give up trying to cure Barnabas' vampirism. But that, as Barnabas points out, is impossible. With Woodard gone, he is the only friend Julia has.

Barnabas: We want a minimum of clutter. I don't want the room strewn with broken objects.

Barnabas: (to Julia): You no longer have friends.

Barnabas: (after having killed Dr. Woodard) Loathsome I am and evil. You can mock me for that, but leave my pain alone.

Barnabas: The good doctor had a fatal curiosity. Now he doesn't have it any more.

Barnabas: Really, Doctor, you're not your thorough, professional self! I would have thought you'd be used to death by now.

Dr. Woodard: You no longer have friends, Julia!

Dark Shadows - Episode 341 on the IMDb

Dark Shadows Everyday - Episode 341 - The Night of the Doctor 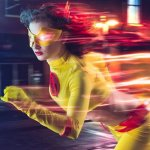 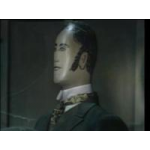