Burke goes to see Laura at Collinwood while the police report to Roger that a dead body in Phoenix has been identified as Laura Collins.

My name is Victoria Winters. The quiet of the night at Collinwood has been shattered by some news...news so startling and strange that it is beyond belief.

Sheriff Patterson tells Roger that Laura's body was identified as being found in a fire. He reports that the body received a positive ID and that she checked into the inn the same day as the fire in Phoenix.

The Sheriff explains the discovery, deduction, and logic of Laura's identification. Laura was the only person not accounted for in the Phoenix building. The Sheriff wants to see Laura to see if she can clear up who the body is; perhaps she had let someone use her apartment. Roger warns him, as he did Burke in 137) that Laura is delicate, then he takes him to the Cottage. Laura maintains her residence at 443 Mesa Street, which she last appeared at 8-9 days ago. She took the train to St. Louis, then to Boston, then by bus to Collinsport after an overnight in Boston.

Laura has no idea who the unrecognizable body found in her apartment might have been. The Sheriff departs and Roger asks Laura what effect the fire will have on her plans. Laura claims she didn't plan to take David to the apartment; she had a commitment to 'another place.' Roger makes an appointment to return to speak with Laura about Burke, who, at that moment, is helping Carolyn with Laura's bags and they exchange bantering compliments. She invites him into Collinwood. Burke offers to take Laura's bags to the cottage.

Carolyn is jealous, not suspicious. Roger comes home and scolds Carolyn for inviting Burke into the house. Another heated argument erupts between the two men before Burke leaves, taking Laura's suitcase with him.

Laura sits entranced before the fireplace when she gets a visitor. Burke brags that he's fulfilled most of his ambitions, something which she already knew. Roger is furious when he learns that Burke's taking Laura's suitcase to her. Laura gives Burke a quarter-promise that she'll help him after she has David and scolds him for visiting her on grounds owned by the Collins family. Burke suspects something's up with Laura. He embraces her; she's somewhat reluctant. Roger walks in on them, with a gun in his hands.

Dark Shadows - Episode 138 on the IMDb 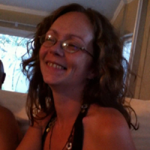