Gerard performs a ceremony with Edith that causes Mildred to die inside Quentin's cell.

Collinwood in 1840. A night no one in the great house will ever forget. For Daniel Collins has died of a heart attack brought on by his son Gabriel, who sprang from his wheelchair in rage at his father, thus revealing a secret he guarded so many years: that he can walk. Gabriel, knowing his secret is secure, is positive now that he is the new master of Collinwood. He has told Gerard Stiles that as soon as the will is read Gerard must leave the house forever. And so, there is a hurried family meeting at which Desmond is to read Daniel's will.

The family gathers in the drawing room at Collinwood for the hearing of Daniel's will. Desmond reads the will and is shocked at who the new master is.

Daniel's will announces that Gerard is the new master of Collinwood and controller of the family fortune until Tad turns 21 years old, as long as he is still alive and living at Collinwood. Samantha and Gabriel will be allowed to stay at Collinwood for as long as they live and receive a weekly allowance. However, if Quentin is proved innocent of witchcraft, the family fortune and title of master will switch to him.

Edith laughs at the results of the will, while Samantha storms out in a rage. Gabriel is also furious and accuses Gerard of poisoning Daniel's mind. A shocked Gerard insists he had nothing to do with Daniel's will, but Gabriel doesn't believe him and nearly gets up out of his wheelchair in front of everyone. Gerard wonders momentarily if Gabriel can actually walk, but Gabriel dismisses his claim and vows to fight the results of Daniel's will.

Following the reading of the will, Samantha confides in Desmond her disgust about Gerard being master of Collinwood. She is certain that Quentin will be found guilty in his trial, but Desmond is more optimistic. Samantha is also worried that Tad's life is now in danger, as he is the next in line for the fortune. Desmond begs Samantha for her help in freeing Quentin, but she is hesitant.

Downstairs, Charles arrives and congratulates Gerard on becoming the master of Collinwood. Gerard says a lot of changes will soon be coming to the Great House, and they must head to the village soon. Gabriel interrupts them and wonders how Quentin will take the news of Gerard taking over Collinwood; he thinks maybe Quentin will try to kill him, and Gerard says that would only save Gabriel the trouble of doing it himself.

Gerard and Charles arrive at the jail to check on Quentin. They speak to Mildred, who notes that Quentin has been very quiet lately. Gerard requests to see Quentin alone, and Mildred reluctantly lets him in. Once alone, Gerard informs him that he is the new master of Collinwood, not Gabriel. Quentin is shocked, but Gerard promises him he will only "watch over" the estate until Quentin is released from jail. Despite everything that has happened, Quentin notes that he at least can't be accused of killing anyone while he is in jail, which appears to put a thought into Gerard's mind.

At Collinwood, Edith taunts Gabriel over losing out in Daniel's will. Gabriel threatens to kill her, but Gerard and Charles return and Gerard tells him to get out. Gerard parades around the drawing room, basking in the thought that everything in Collinwood now belongs to him. Charles helps himself to a brandy, but reminds Gerard that if Quentin is proven innocent, then he takes control of the fortune. He also believes that he doesn't think the evidence against Quentin is strong enough. Charles pulls out Mildred's scarf that he stole from the jail and gives it to Gerard, just in case Gerard was "planning to do something with it." Gerard delightedly accepts the scarf and says he is.

Desmond goes to visit Quentin at the jail and again asserts his suspicion about Gerard. Mildred eavesdrops on their conversation.

Meanwhile, Gerard, Charles and Edith begin to perform a ceremony using Mildred's scarf. Gerard takes the scarf and ties it around Edith's neck. At the jail, Mildred, who is in Quentin's cell, begins to feel like something is strangling her. As Gerard forces Edith to collapse with the scarf around her neck, Mildred falls to the ground inside the jail cell. Quentin examines her body and realizes she is dead.

Dark Shadows Every Day - Episode 1161 - The Monster of Collinwood 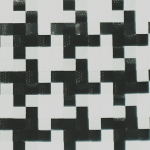 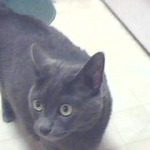